This member of the Apiaceae (carrot family) is native to North America from Quebec and Saskatchewan in Canada, south to Florida, west to Texas, and east through New England. In its native range, Z. aurea can be found in moist to mesic prairies, woodlands, savannas, meadows, and thickets growing in open sun to partial shade. Golden Alexander adapts well to garden conditions, often growing up to 3 ft. tall when planted in full-sun and moderately-rich, moist soils.

Zizia aurea serves as the primary larval host for the black swallowtail butterfly (Papilio polyxenes). Golden Alexander also attracts and hosts a number of beneficial insects that are predatory or parasitoid on many common garden pest insects.

Golden Alexanders is considered a short-lived perennial, meaning individual plants may live only up to five years. However, the species readily self-seeds into the garden so there is a constant source of new plants. In the Lurie Garden, Z. aurea is used as a filler plant–occupying available open soil spaces to keep weeds out of the garden. In this role, golden Alexander ‘wanders’ around the garden as the plant’s seed moves from location-to-location. For aesthetic reasons, seedlings of Z. aurea are often removed from the garden when they ‘wander’ too far! 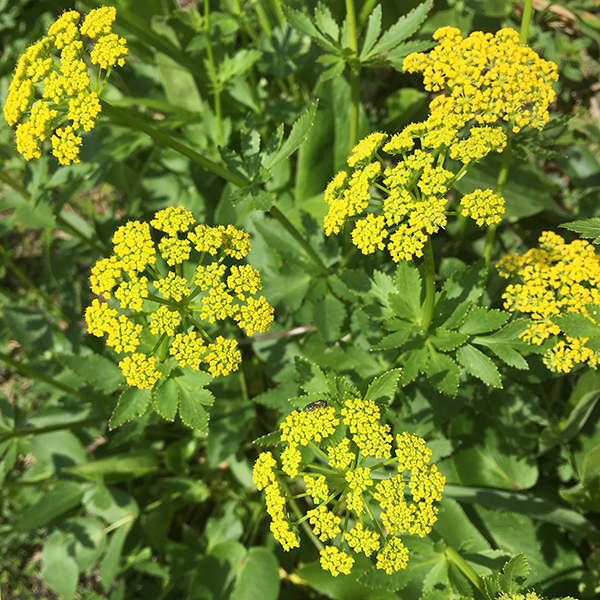